“As long as it takes.” – The story of Brian Haw and his legendary Parliament Square Peace Campaign. 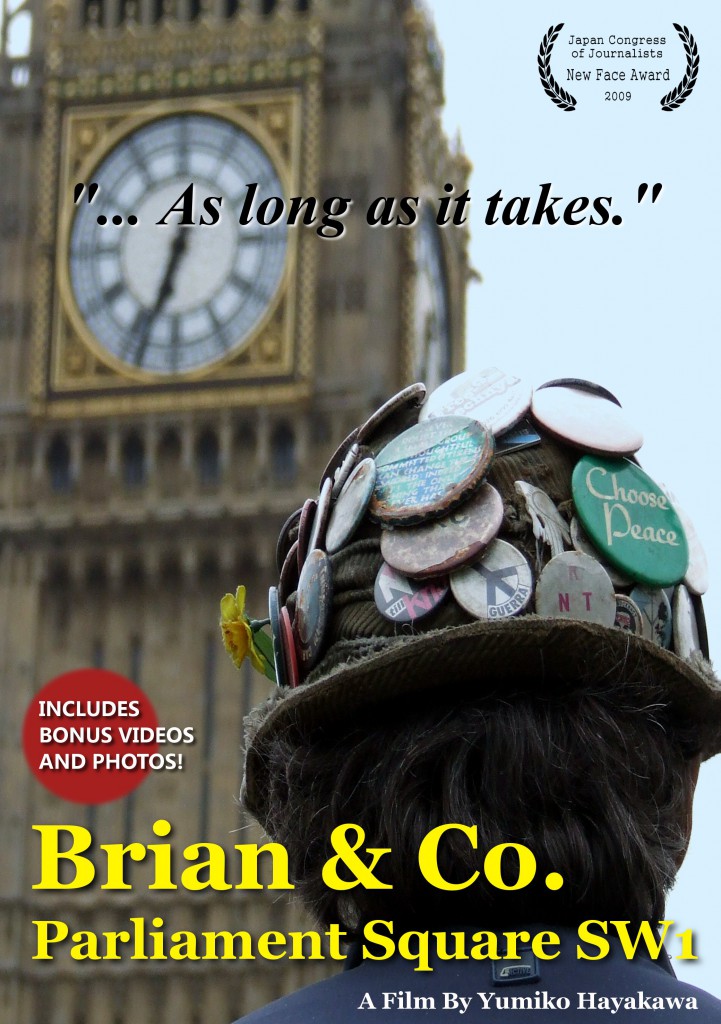 Brian & Co. Parliament Square SW1 is a documentary film by Japanese film-maker Yumiko Hayakawa. The film details life in and around Brian Haw's peace campaign in Parliament Square, London. Filmed over the course of one and a half years, the film captures this legendary peace campaign through interviews with Brian, his supporters, former Labour MP Tony Benn and UK/Japanese peace campaigners. The film also sheds light on how freedom of speech is threatened in the UK and people's imaginative and unrelenting ways of defending their rights.

The Story of Brian and Parliament Square

Brian Haw is a long-serving peace campaigner who has been campaigning in Parliament Square, London, opposite the Houses of Parliament. His campaign began on 2nd June 2001 after the Gulf War to highlight the effect of sanctions imposed on Iraq by the United Nations. Initially Brian campaigned with one placard that read, "Stop Killing Kids. Make Peace not War. Let Iraq Infants Live". Over time Brian set up a small area to sleep and and created new banners and placards. His supporters and various passers-by from around the world also donated their placards, poems, works of art and even teddy bears. Eventually they created a huge pro-peace display that extended forty metres along Parliament Square.

In 2005, the UK government passed a law (the Serious Organised Crime and Police Act 2005) which included legislation specifically aimed at removing Brian and his display from Parliament Square. On 23rd May 2006, seventy eight police removed almost all of Brian's display and applied strict conditions on his demonstration.

The removal of the display prompted two of Brian's supporters to give up their jobs and daily lives to become permanent residents of Parliament Square. A variety of supporters have also spent long periods of time living in the square to help maintain the peace campaign. Many others have donated their spare time attending the campaign whenever they can.

The Parliament Square peace campaign is now known around the world. In 2006 Brian's original display was re-created by Mark Wallinger and displayed in Tate Britain for several months, before touring Europe. Brian himself has appeared in many television interviews and also won the 2007 Channel 4 award for most inspiring political figure.

To this day, Brian and his supporters are still living on the pavement in Parliament Square. The campaign has extended beyond its original cause and now includes subjects such as the second invasion of Iraq, the invasion of Afghanistan, depleted uranium and the erosion of civil liberties within the UK via SOCPA and various anti-terror legislation.
(Written by Paul Wright, February 2009)

On the 18th June 2011 it was sadly announced that Brian Haw had died after a long battle against cancer. Brian stared in my first documentary film, "Brian & Co. Parliament Square SW1". I learnt a lot about Brian while making the film, his dedication to end war and bring peace to the world was unbreakable. I was also privileged to witness Brian's amazing sense of humour, after all of the years he spent sleeping in Parliament Square, he was still able to make us laugh with his stories and observational humour. He will be deeply missed - R.I.P. Brian Haw.
(Message by Yumiko Hayakawa, 19th June 2011) 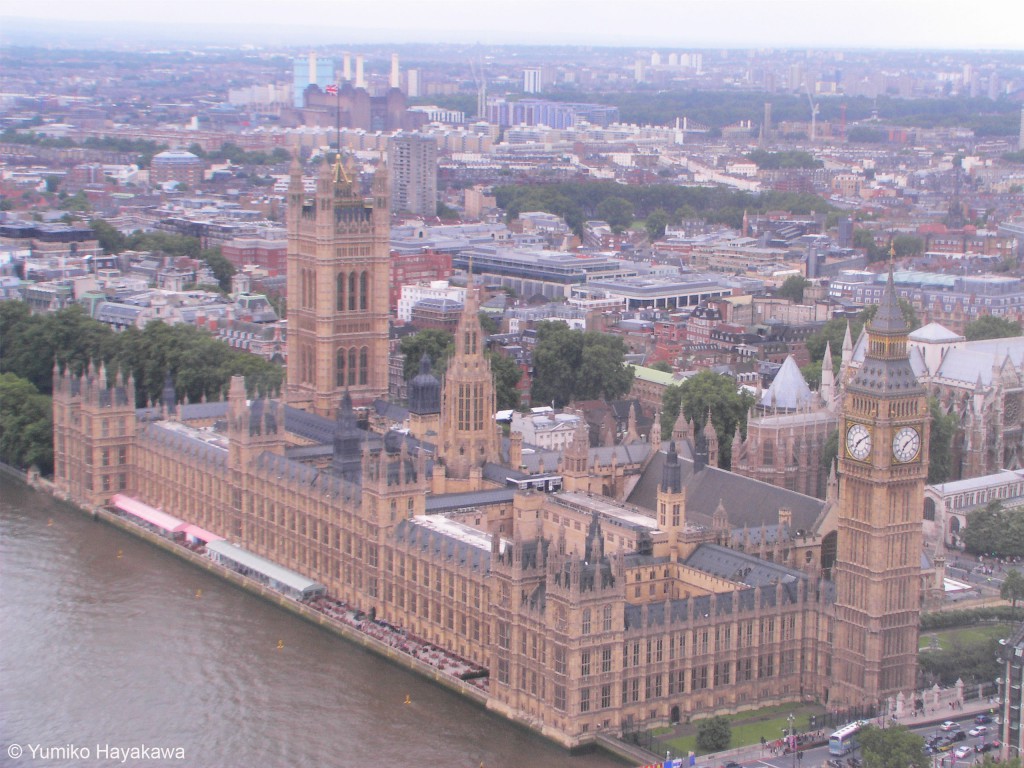 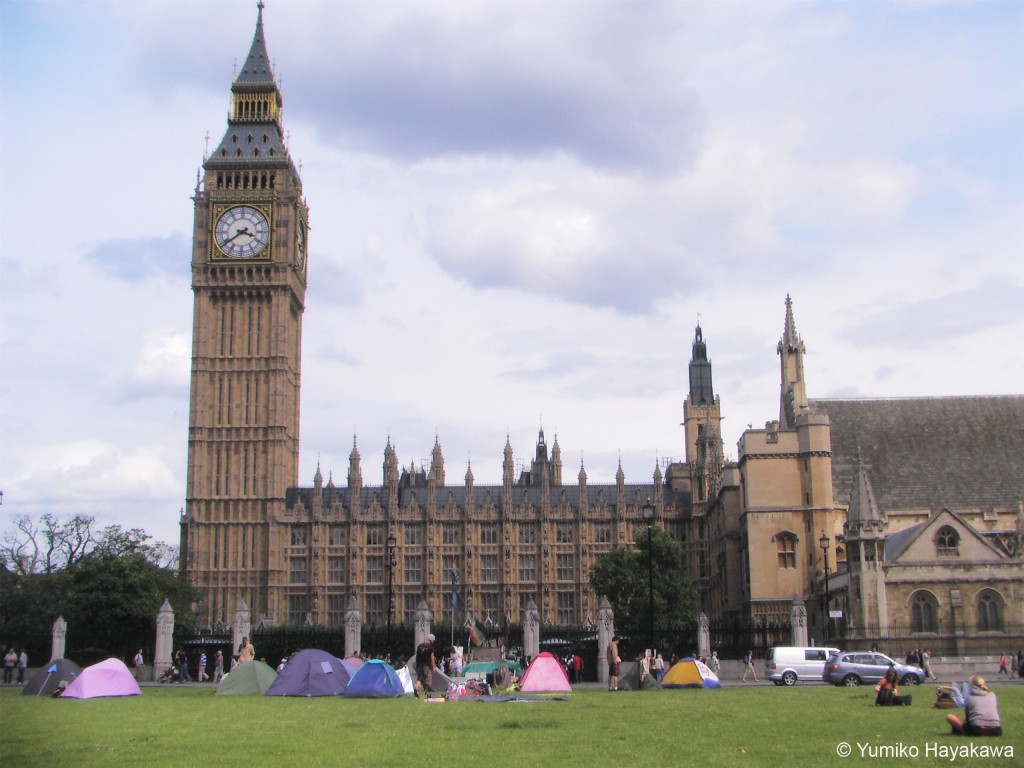 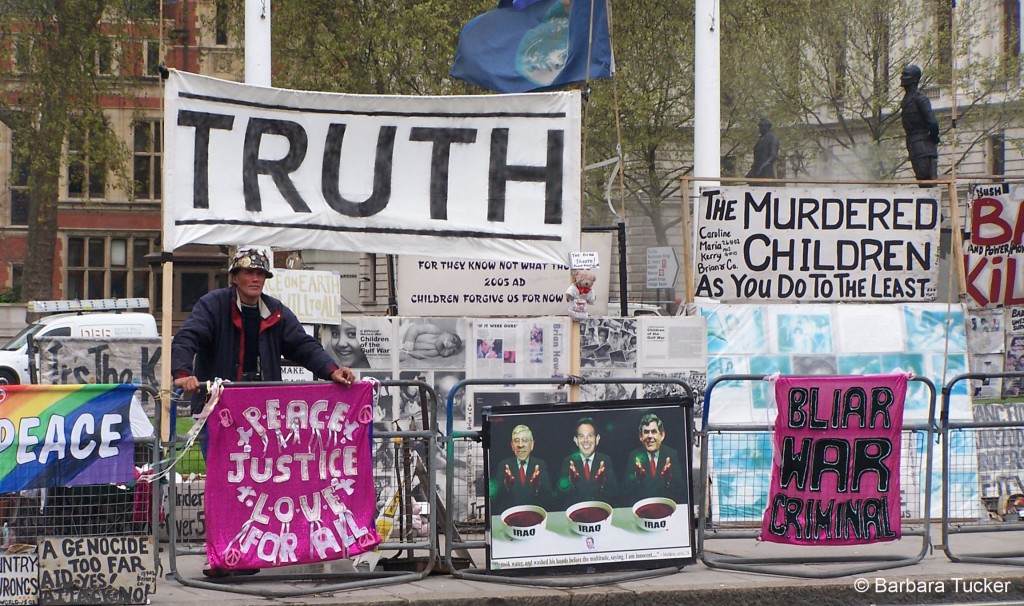 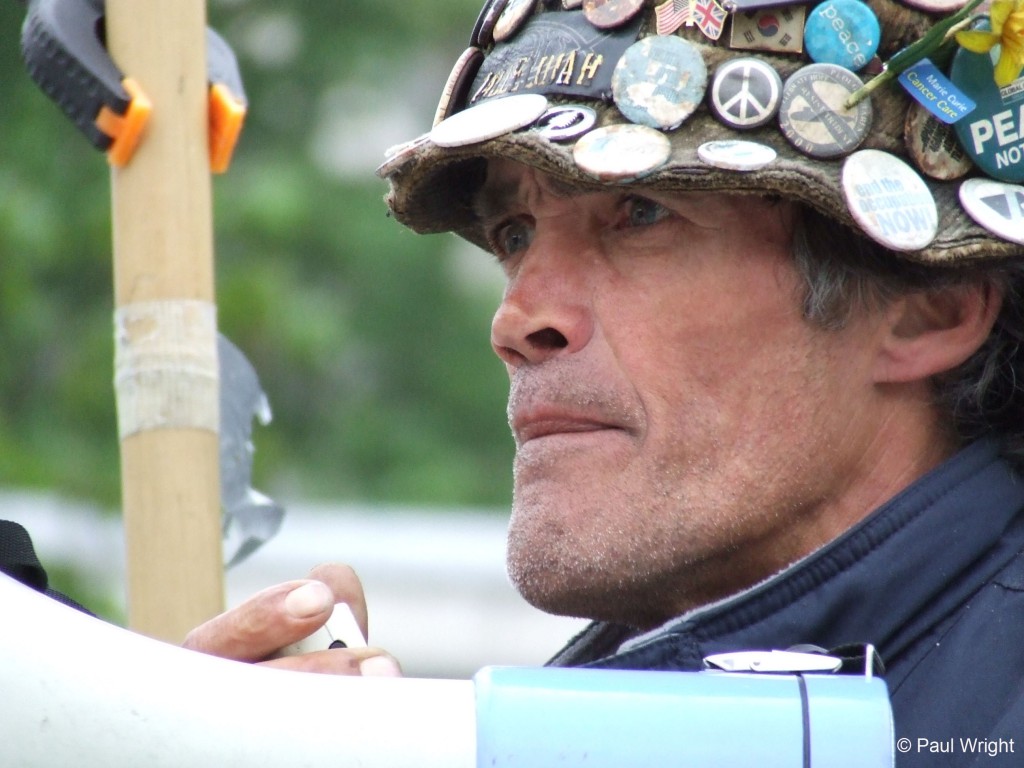 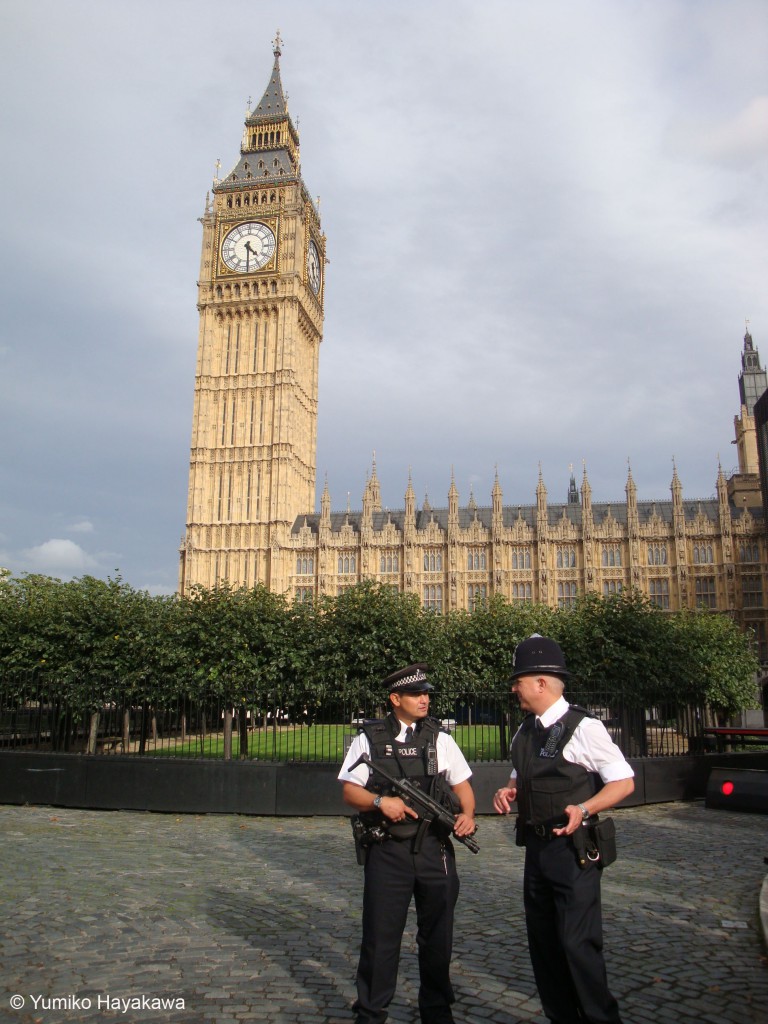 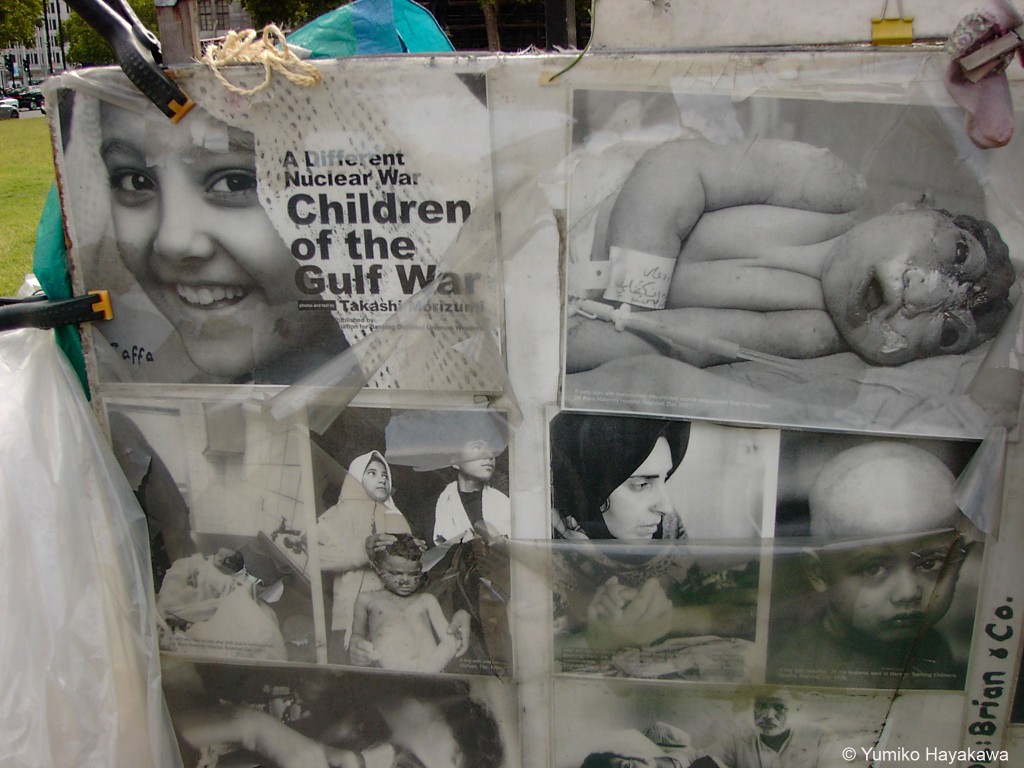 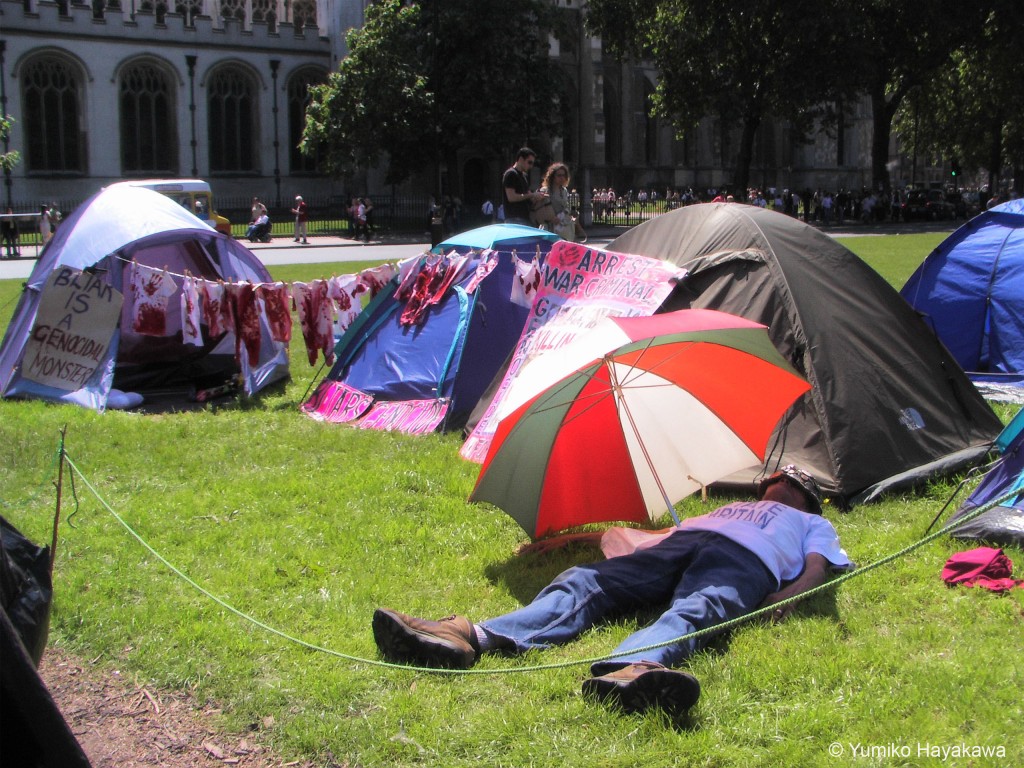 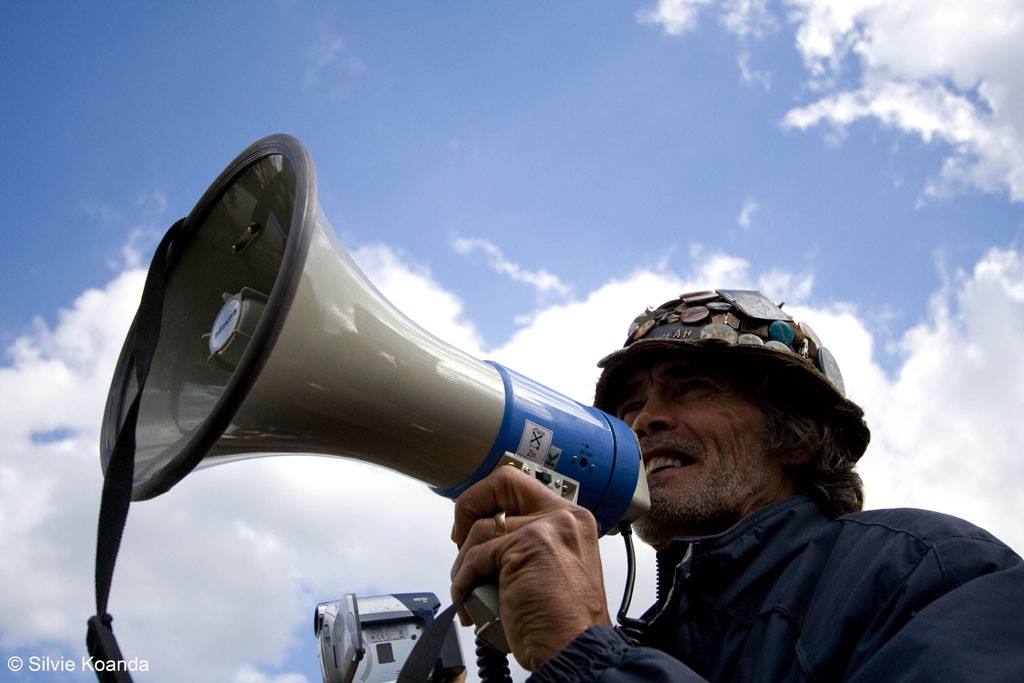 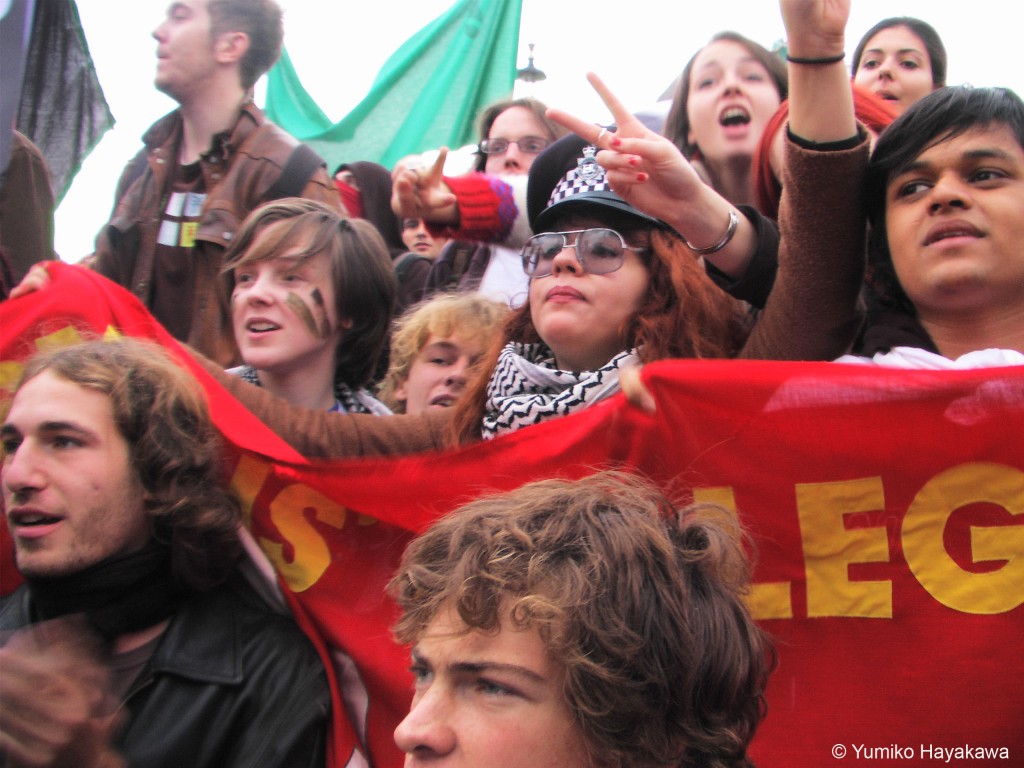 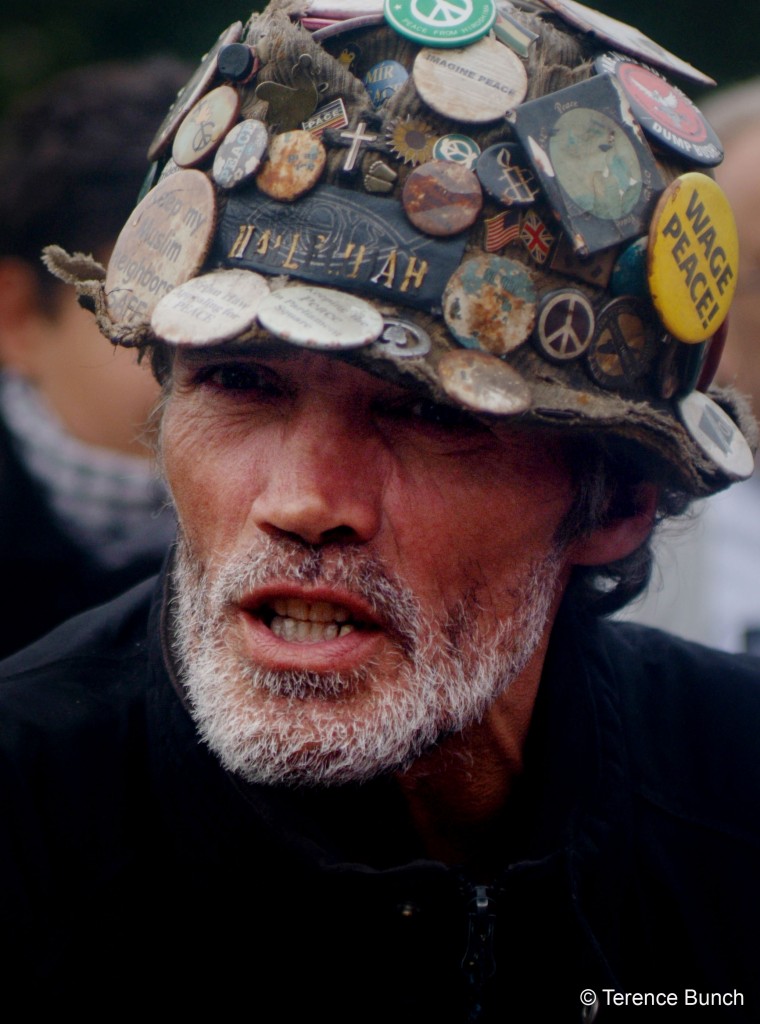 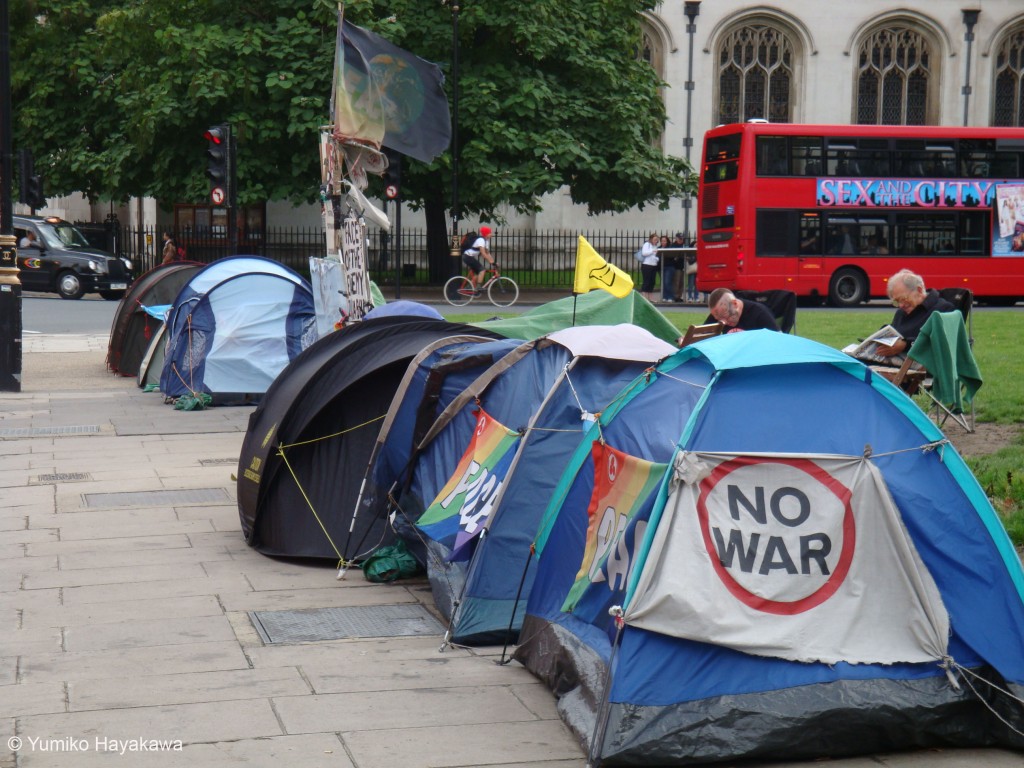 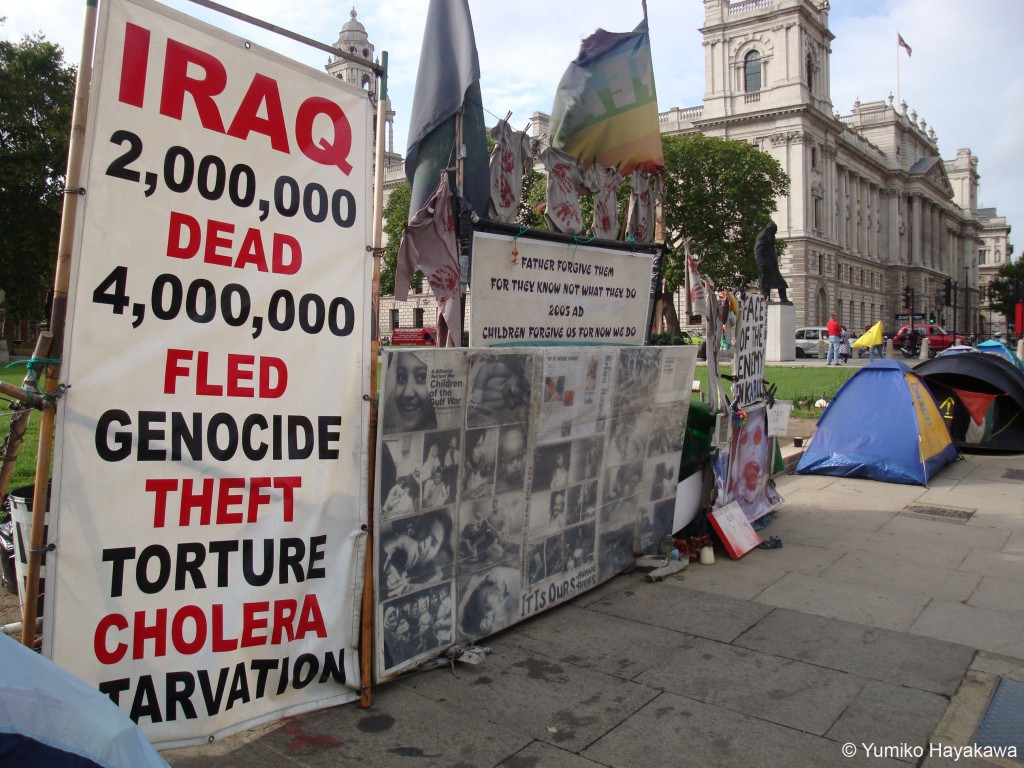 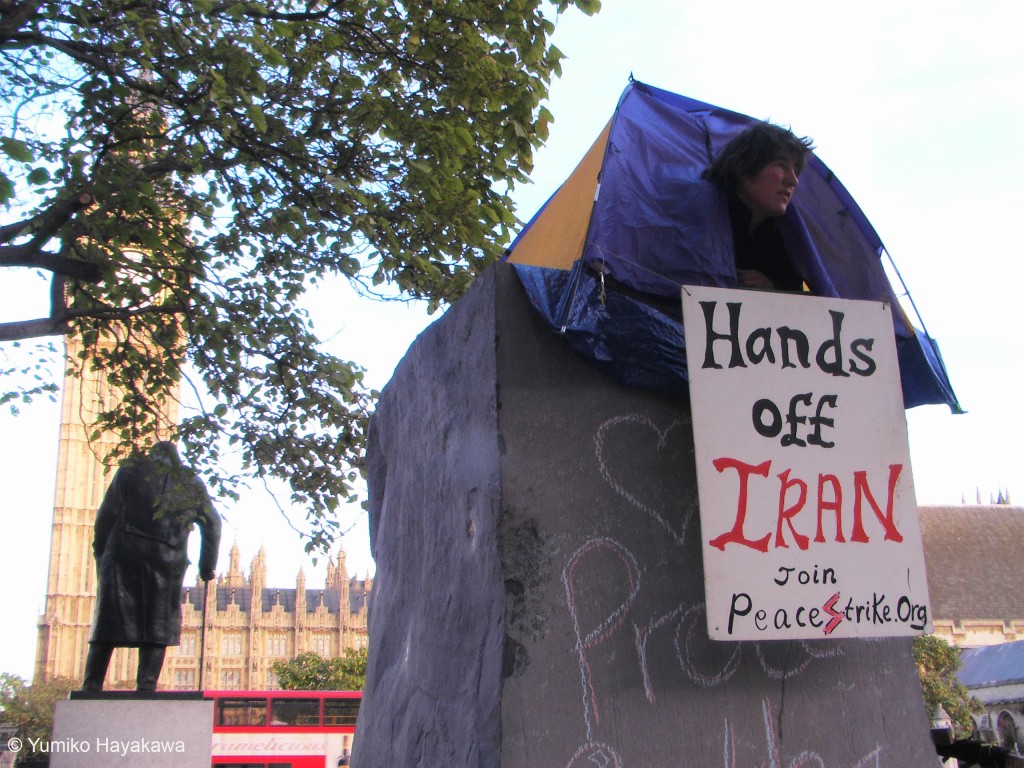 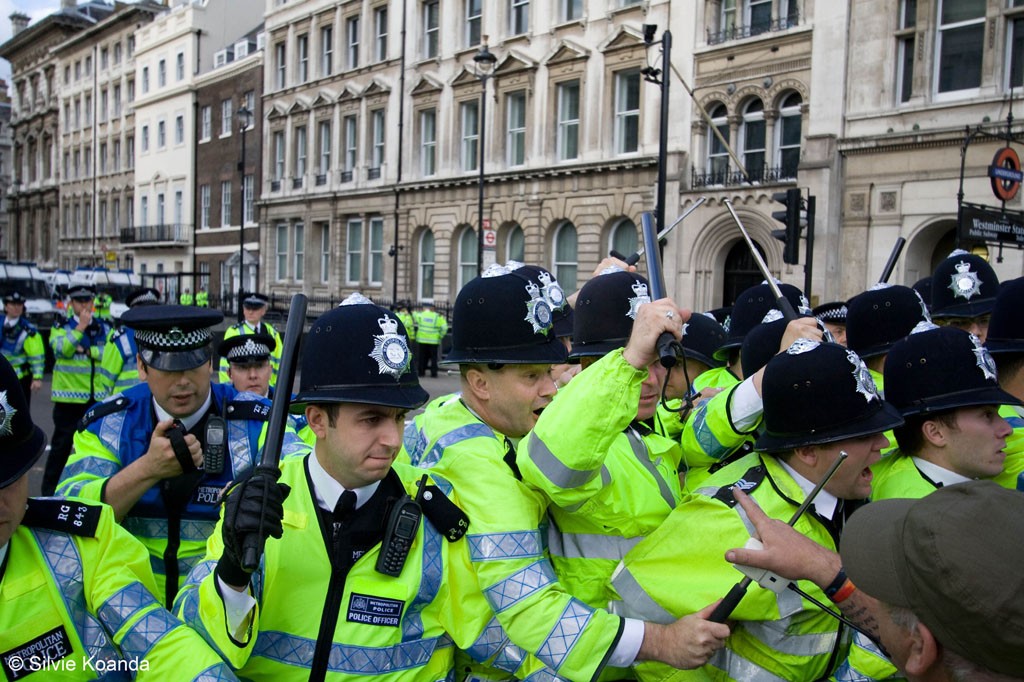 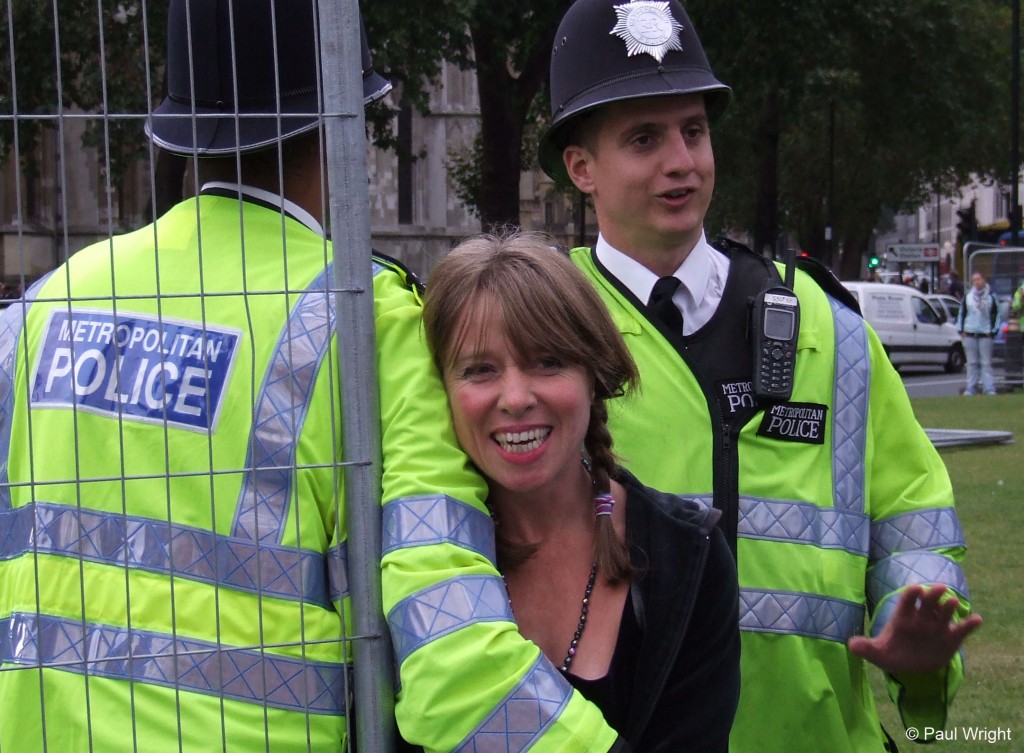 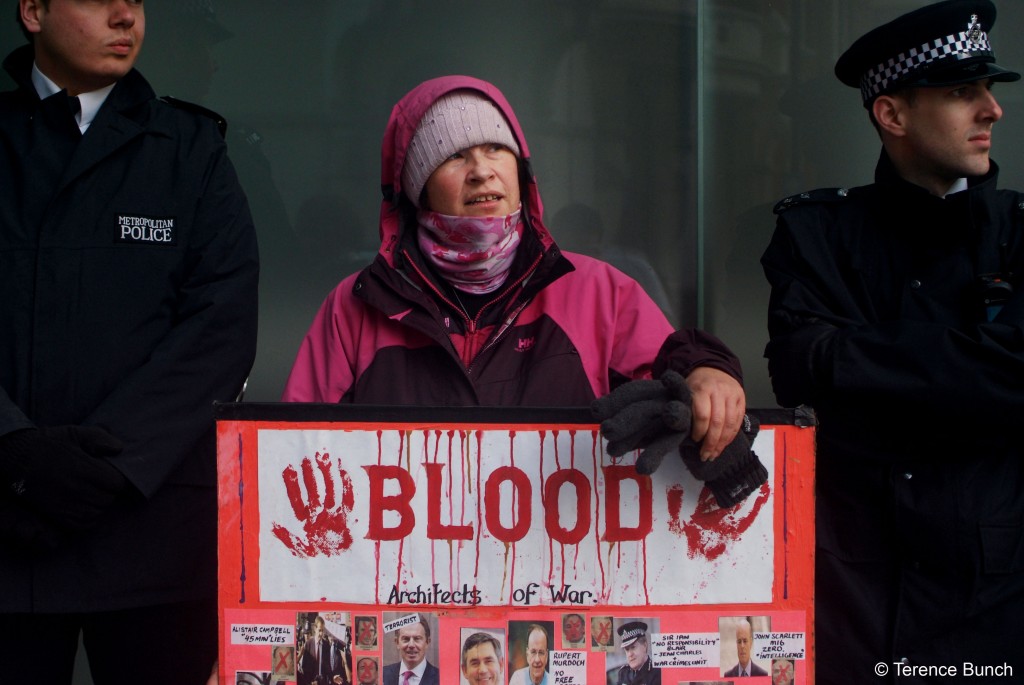 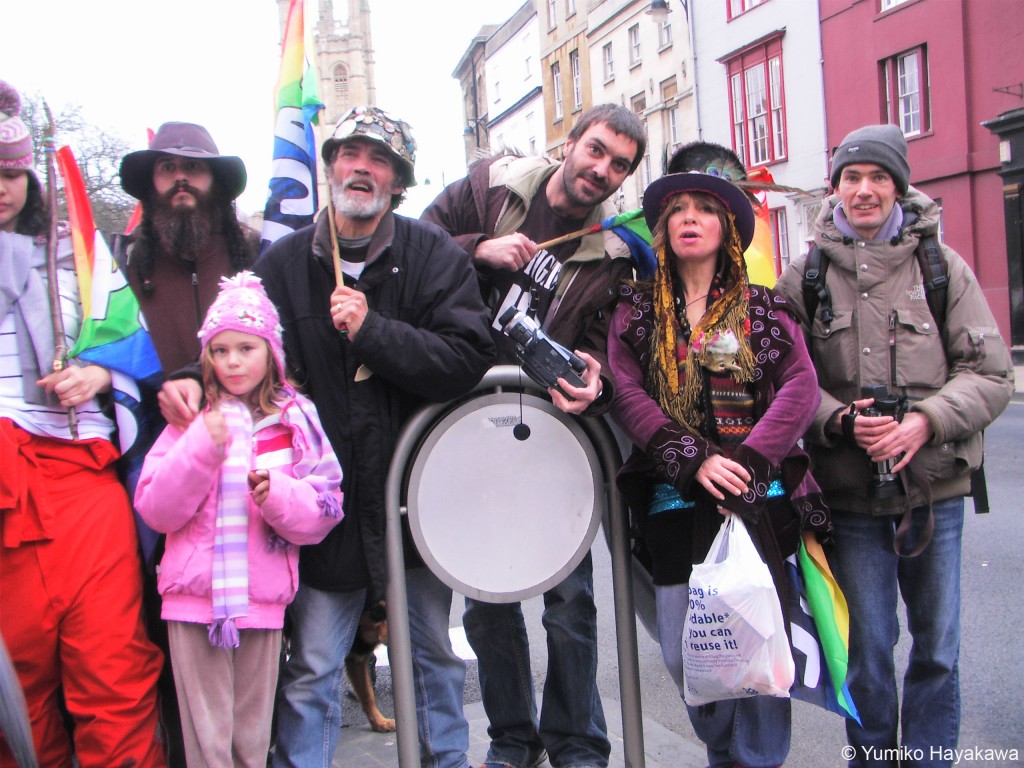